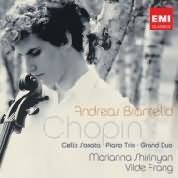 Chamber Music" - Andreas Brantelid, cello; Marianna Shirinyan, piano; Vilde Frang, violin. In this Chopin year comes a new collection of his works for chamber ensemble; the Cello Sonata in g minor, the Piano Trio in g minor, and the Grand Duo Concertant in E Major. The Scandinavian cellist is joined on his second CD for EMI by two other young performers - Armenian pianist Marianna Shirinyan, and Norwegian violinist Vilde Frang, who recently released her first CD, a recording of the Sibelius Violin Concerto (coming up on a future edition of "Just Opened.") (EMI Classics 5099968774226 / 6 87742 2) 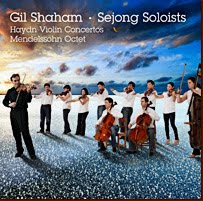 Violin Concertos/Mendelssohn: Octet" - Gil Shaham, violin; Sejong Soloists. Shaham says playing the Mendelssohn Octet with the Sejong Soloists is "like playing basketball with seven Michael Jordans. It was a privilege for me, sitting there with my graying hair, to try to keep up with their artistry." He keeps up with them quite well, in addition to the Concertos 1 & 4 for violin by Haydn. (Canary Classics 8921180010802 / CC08) 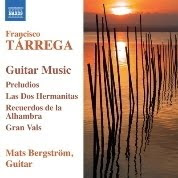 Guitar Music" - Mats Bergstrom, guitar. Tarrega was one of the most influential guitarists of the 19th Century, and his music still holds audiences in thrall today. From the Naxos label comes Swedish guitarist Mats Bergstrom in Tarrega's shorter works for guitar - the 16 preludes, and a series of Mazurkas, Polkas, Waltzes and Serenades, many with personal or whimsical names attached. Includes "Recuerdos de la Alhambra," "Capricho arabe," and "Estudio Brilliant." (Naxos 747313236572 / 8.572365) 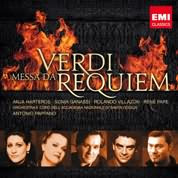 Requiem" - Anja Harteros, soprano; Sonia Ganassi, mezzo-soprano; Rolando Villazon, tenor; Rene Pape, bass; Coro and Orchestra Dell'Accademia Nazionale di Santa Cecilia; Antonio Pappano, cond. Verdi's monumental Requiem, recorded during a series of concerts at the National Academy of St Cecilia in Rome in January 2009. The concerts got terrific reviews and a big write-up in Gramophone magazine. Of the work, Pappano says, "I love doing this piece here in Rome with an Italian chorus and an Italian orchestra...they have an innate sense of what this music is about...they have lived what it is to be religious or spiritual in Italy." (EMI Classics 5099969893629 / 6 98936 2) 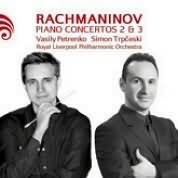 Thanks to our friends at EMI, Naxos, 21C Media, and Avie records for this week's new CDs. And thanks to you, dear listener, for continuing to support classical music programming on WSCL. Happy Easter!